skip to main | skip to sidebar


...If you spend yourselves in behalf of the hungry
and satisfy the needs of the oppressed,
then your light will rise in the darkness,
and your night will become like the noonday. 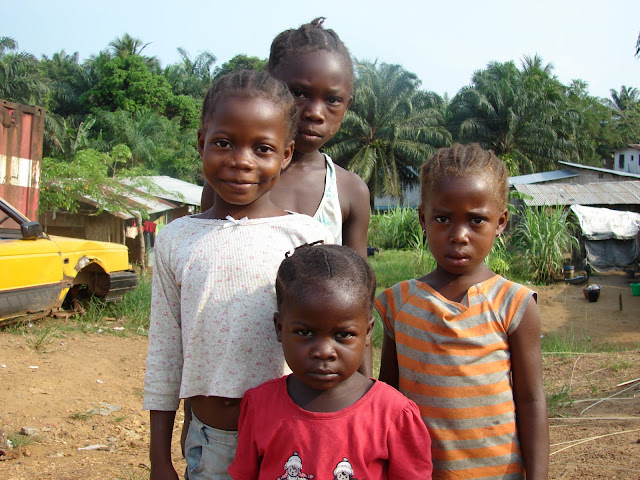 One Body One Hope is an independent non-profit organization that works alongside a church and orphanage in Monrovia, Liberia. Our ministry is independent of any church or denomination, and is primarily associated with a network of five non-denominational churches called Abide in the Vine Fellowship. Their congregations are located throughout Liberia.

The focus of OBOH’s ministry for the first several years after its inception has been a congregation located in the Dumbar Farm suburb of Monrovia, headed by Rev. Emmanuel Bimba. Emmanuel and his wife, Fatu, felt compelled along with their congregation at the end of the civil war to minister to the many orphaned children they found walking the streets of the city. This Spirit-led compulsion led to the founding of Christ Our Hope orphanage. The orphanage is housed on the property of the church with two dormitories, a church building, latrine, and one additional structure for meetings. The grounds are extremely rudimentary with no running water, utilities, phone lines or general civil infrastructure available.

However, Emmanuel and Fatu have been incredibly committed, taking in 54 children without knowing how they might be able to meet all of their needs. Periodically, God brought individual donors along, and their church helps out when and where they can. Unfortunately, their pressing needs are ever-present and they prayed long and hard for committed long-term partners.

In a meeting that only God could have orchestrated, Pastor Aaron Baart and his wife Nicole connected with one of the Abide in the Vine pastors in Ethiopia in December of 2006 while adopting their infant son. They felt an immediate calling to partner together in ministry. This began the birth of One Body One Hope.
Over the next 2 years, a multifaceted partnership developed that focused on the orphanage and its growth, but also spilled over into other shared ministry endeavors. OBOH provides a sponsorship program for the children at Christ Our Hope, as well as a teacher sponsorship program for the educators at the Abide in the Vine school system which operates on the grounds of the orphanage. In 2010 OBOH funded a capital campaign to add a second dormitory building and update many of the orphanage facilities. Three teams have also traveled to Liberia since 2007, and more are scheduled every year.
OBOH is committed to relationship and redevelopment, and strives to encourage and empower the people of Liberia.

One Body One Hope is a non-profit organization that works in partnership with a church and orphanage in Monrovia, Liberia. Christ Our Hope is truly a place of hope for orphans who have experienced devastating loss due to bloody civil war, crippling poverty, and unchecked illness and disease. You can help! We invite you to join us in praying for these beautiful people as well as supporting them financially, spiritually, and emotionally while we work alongside them to rebuild their lives and their country.